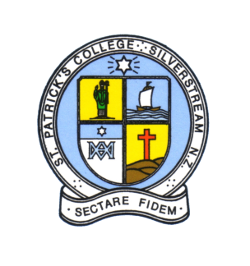 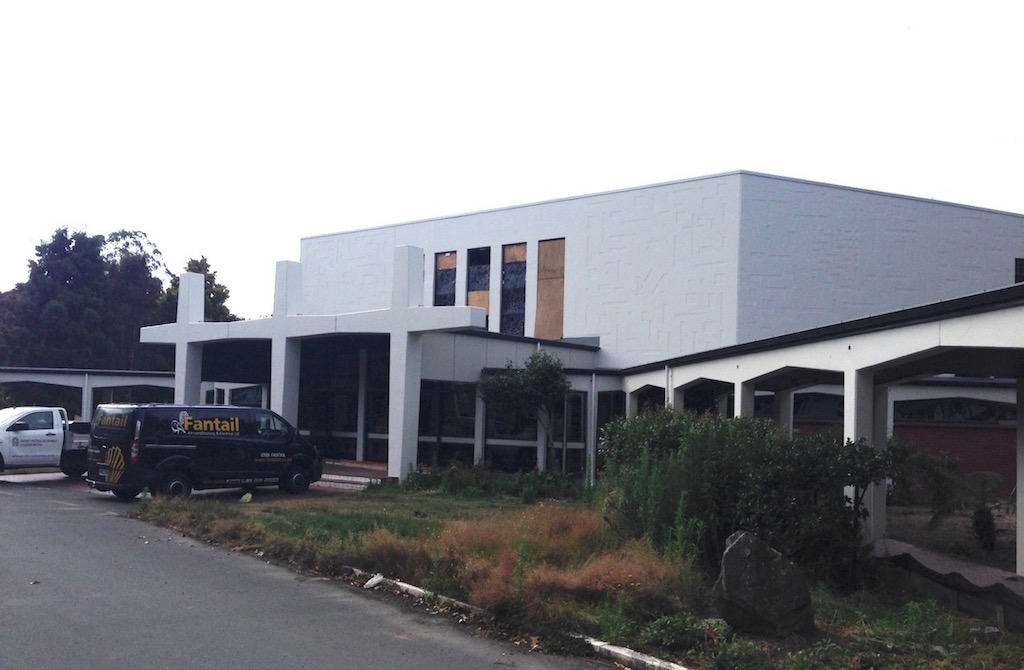 The strengthening completed along with new roof, new coat of paint and now stained glass windows to be completed. 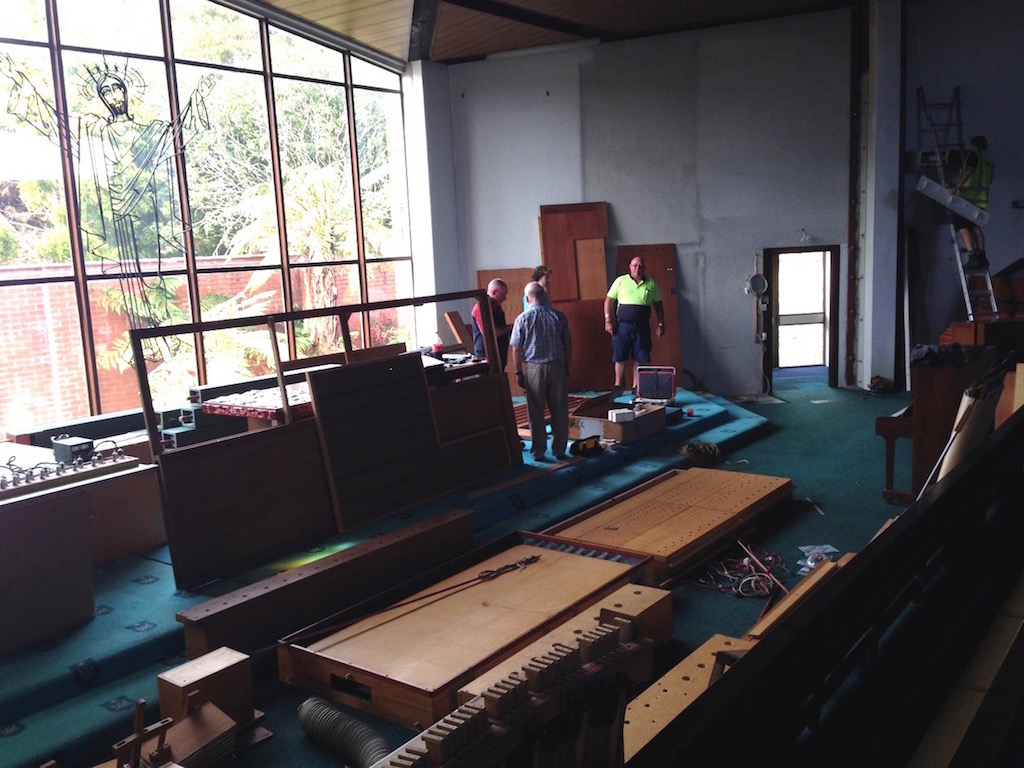 The organ is being re assembled to be installed again

The uncladding of the plastic cover 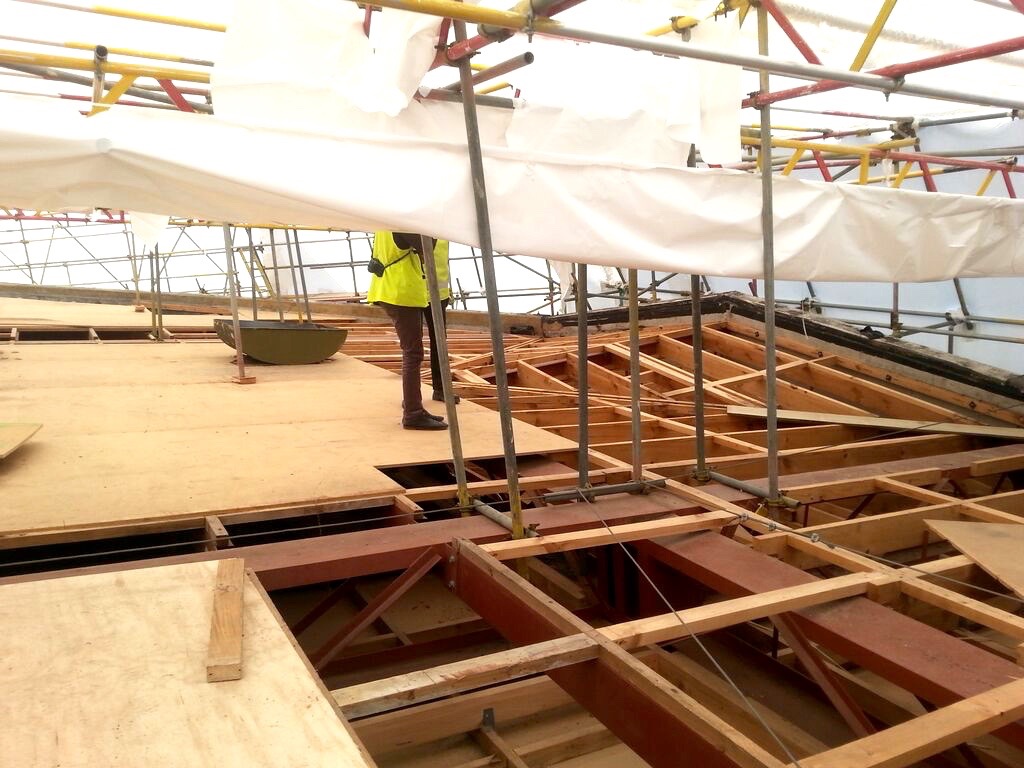 Replacing the roof over the new RSJ's 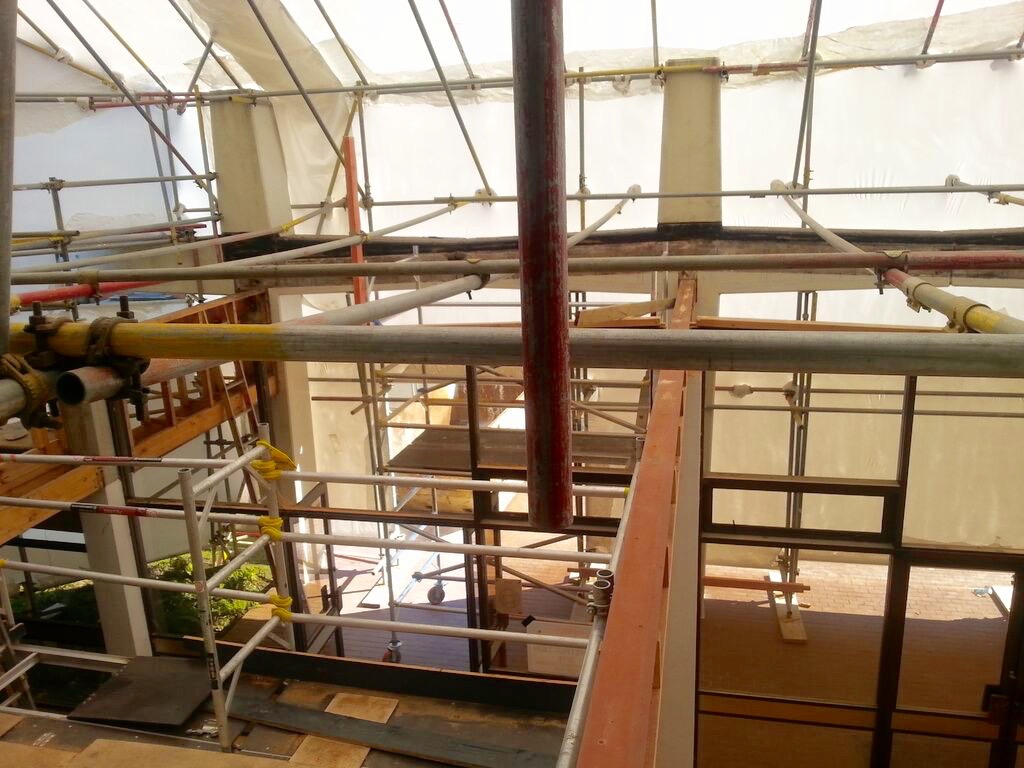 Steel RSJ's tying the walls together. 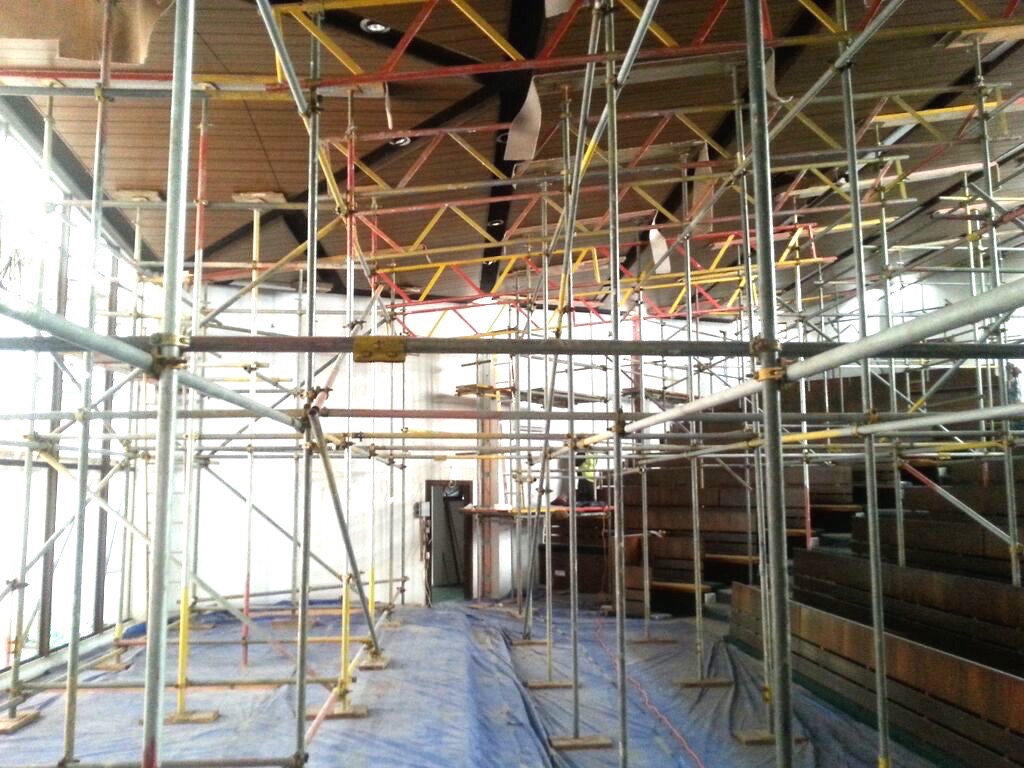 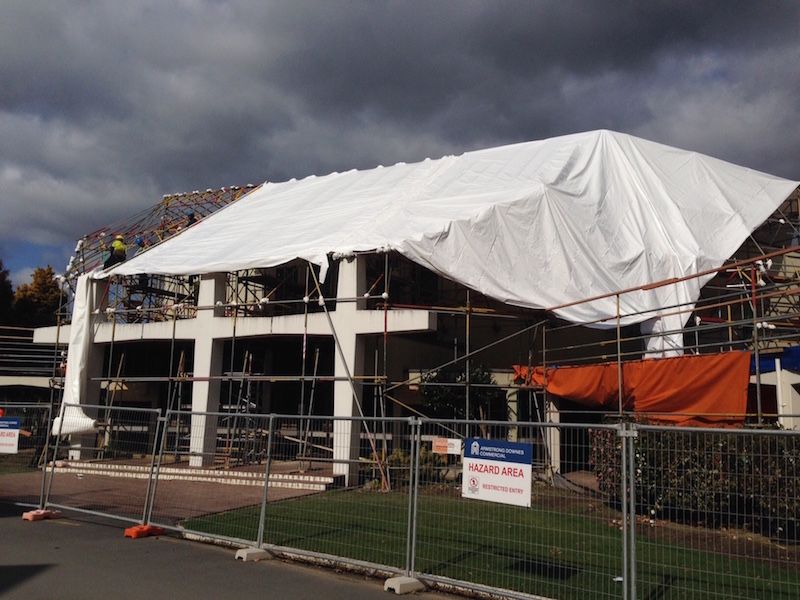 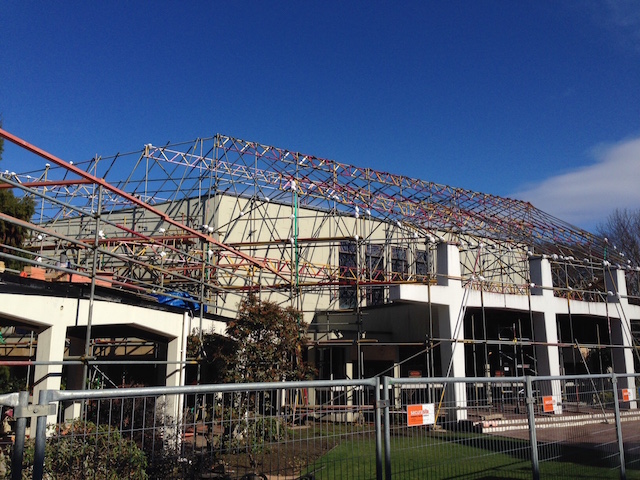 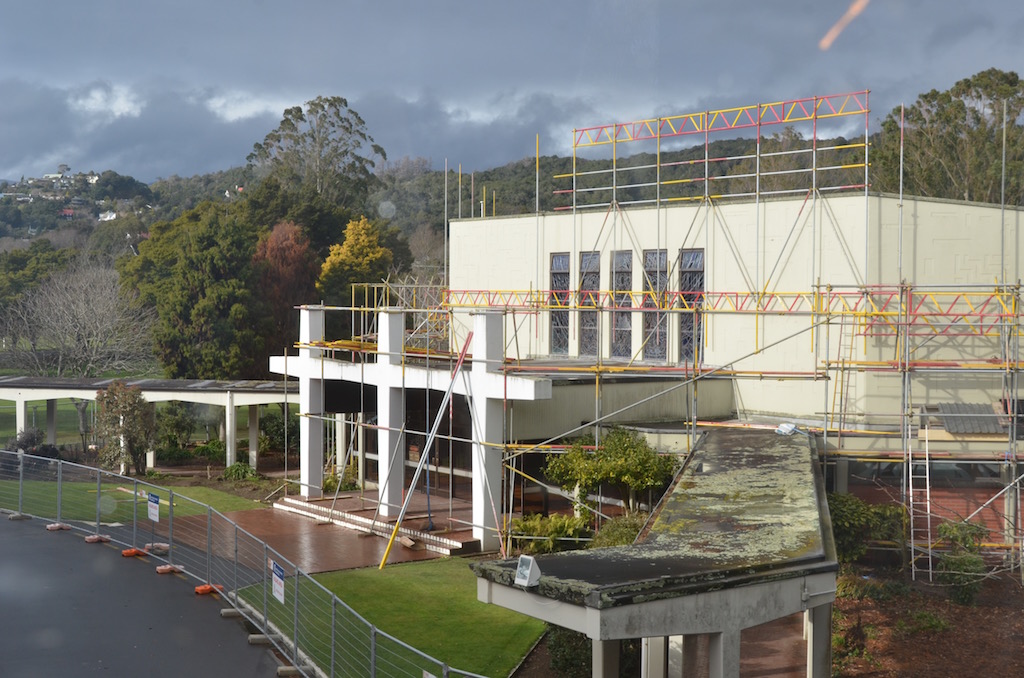 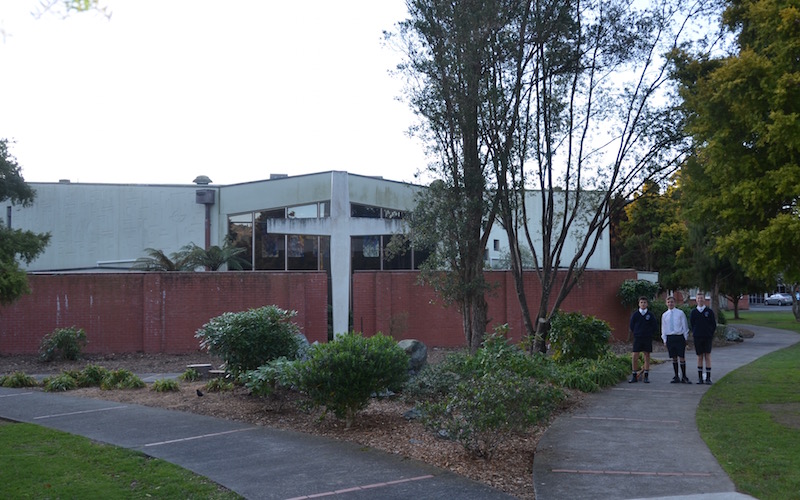 The seismic strengthening requires the roof will be tied to the walls. Chapel after trees cleared 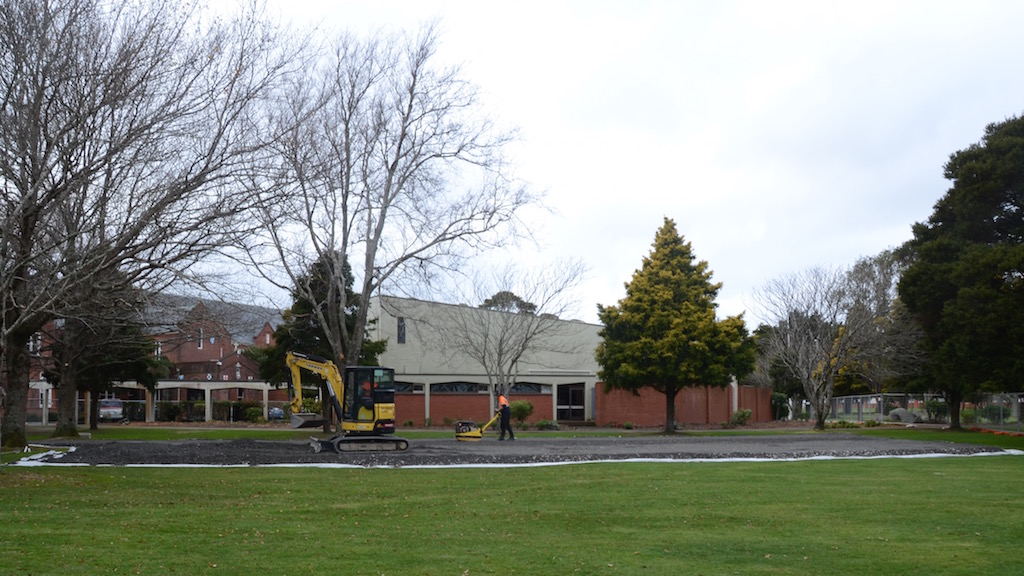 Armstrong Downes Construction are the contractors, preparing the ground for work